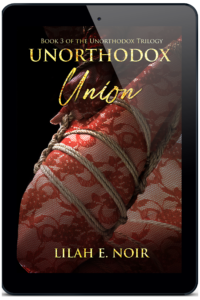 No other woman could understand me like you. We know all we’ve been through, Lina, and I remember every scar on your body and soul.

LINA
We were together in the darkest pits of hell.
He cleansed me through the cruelty of pain and led me to my bliss.
I’m exactly where I belong.
A leader in the boardroom and a purring submissive for Thomas.
When the right chance comes along… do we dare reach for the stars?

THOMAS
I have the woman of my dreams and a chance for a new beginning.
Lina faced all of me, my dark, ugly and violent sides, yet she chose to stay.
She restored my lost balance and helped me find peace with who I am.
I’ve never been so happy… and that’s what scares me the most.
After all we have been through, can we have it all?

The bare touch of his hands and the slowly growing intensity were electrical. He was studying the surface of my lips and was getting inside me with nothing but his sheer presence. The dungeon chill was fading and I grew more lustful with each small, tempting touch. If I tried to approach him and opened my mouth to beg he’d just place his finger on top of it to silence me. Thomas laid his left hand on my shoulder to keep me at the exact position.

His cat-like grace and the dance of his touch quickly turned into a stealth and aggression without a warning. I didn’t even have the time to cry out in protest when he grabbed me hard by the ponytail, spun me around without an effort and ground my aroused body against the stone wall. A soft mewl of despair came from my lips. Thomas moved his mouth to my ear and sank teeth in that delicate spot that always made me weak in the knees. He grabbed me by the wrists and crossed them at the small of my back before he pressed his strong body against mine. I found myself trapped between him and the hard, stone wall. Its iciness didn’t take away any of the liquid fire he provoked with his teasing and the sweetness of the denial.

“You know I can’t simply let you get away with it, don’t you, little one?” Thomas lowered his voice as he whispered in my ear. I shifted under him and tried to move my wrists. A sharp stinging slap elicited a cry out of me and forced me to stay in place. It was such a strong, confident smack. I bet my ass cheeks were already blushing in red. “Be still. I never gave you permission to move, did I?”

“N-no, sir,” I whispered weakly. It was so difficult to follow his orders when every word whispered in that sexy tone made me melt and wish to kneel.

“I’d say you were a good girl, but you have been very, very bad this morning, Lina. You must have forgotten what I’m doing with bad girls and it’s high time to remember.”

His growling laughter, right at the nape of my neck, caused a row of ants to start marching all over my most sensitive zones. I breathed out and closed my eyes while he was brushing his lips across my skin.

“… and that sassy mouth of yours just earned you an even harsher punishment. You really don’t know what’s best for you, do you, Lina? You’re still begging for trouble, like the bad girl you are. You knew the rules. I warned you not to go to the dungeon unless I permit you. Did I ever tell you could mess with my locks?” 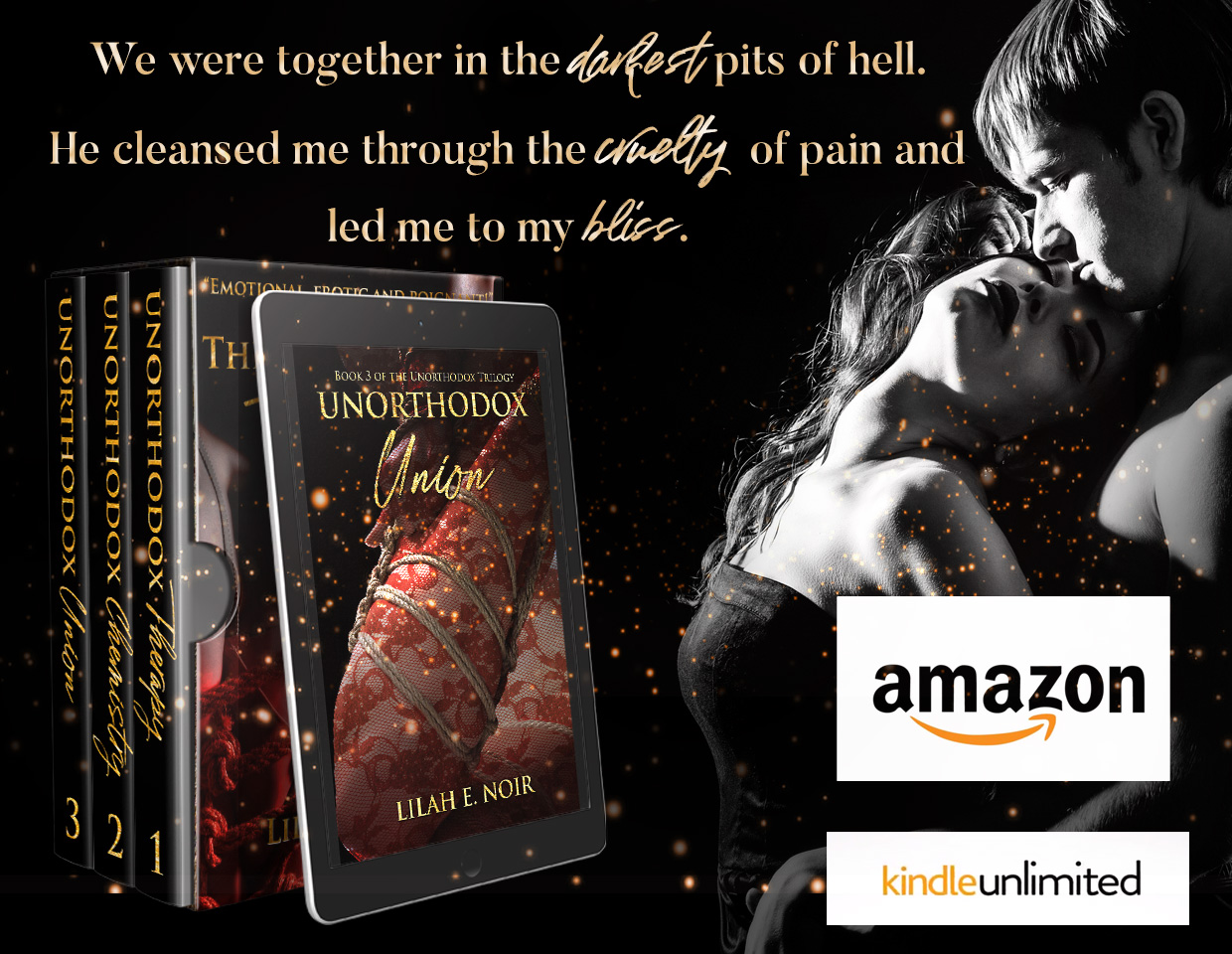 “Lina?” I whispered in her ear and rubbed the nape of her neck. She looked up at me with hesitant, wet eyes. “Go to the bedroom and take off your clothes. Wash your face and take a shower if you want. Put on your collar and come to me downstairs.”

“Are you going to punish me because I was a bitch to you?” Her shoulders sagged. “Can we do it tomorrow or on Sunday? I feel unwell and I don’t think I can take it. Please.”

“Relax, pet.” I kissed her and bit her bottom lip playfully. It was still tender from the way she’s been nibbling it earlier. “Yes, you’ve been a bitch but I won’t punish you for it… yet. Just trust me.”

That made her smile for the first time that evening.

“The old Thomas would have me bent over the kitchen counter and marked my ass with the largest and heaviest spatula he had.” She joked and pressed her face close to mine.

“Oh, that guy?” I raised my eyebrow and squeezed her ass cheeks. “He was wrong about a lot of things. There are more effective ways to deal with your bitchiness… but Lina… you don’t have to act like a bitch to earn yourself a spanking. Kneeling at my feet and begging for it would be enough.”

When she withdrew from me and walked down the hall to our bedroom Lina looked much calmer. I shook my head at the thought.

It was strange to think of anything in here as something different than my own.

Sharing space proved to be more difficult than planned.

I grabbed two beers out of the fridge. The thought of Kat flashed in my mind while I was walking down the stairs.

She was the girl who almost moved in with me.

Would it have been the same way if I had gotten together with her? She lived with me for a short time back. It was a different situation, though, and we always knew it was temporary.

That was it, I didn’t have much experience to make a comparison and Lina admitted all her previous attempts to live with someone ended up as a disaster.

We were both clueless.

She would probably not appear for a while so I sat back on the couch to finish the Skyrim game. It was difficult to focus but I did it just to keep my mind busy with something. I didn’t realize Lina was back in the room until I felt her on my lap.

The sight of her made my blood boil, being naked, a little wet from the shower, with perky pink nipples and a black collar around her neck. I pushed the lustful thoughts aside and made a gesture at her to climb on the couch. Lina curled next to me, still with her head on my knee and the silver chain of the leash in hand.

“Much better.” I said soothingly and ran a finger down the curve of her spine. “How do you feel now?”

“My head is no longer spinning. I don’t feel like I’d throw up so I must be well.” She chuckled and rubbed her cheek against my knee like a literal pet cat. “I can’t believe I told you…”

Goose prickles covered her spine while I traced it with hand in a soft, straight line. That simple action eased the knots in her shoulders and Lina was just about to start purring.

“No.” I shook my head. “I’m glad you told me what was the problem. If I’m guilty of something I’d want to know what it is. You know it’s the first time I live with a woman so I want to do my best.”