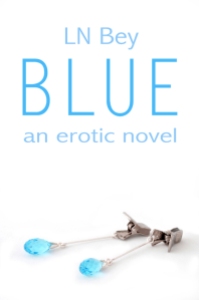 Blurb: As her guests arrive for dinner, Janet is both fearful and aroused—because this is no ordinary suburban dinner party. Recently divorced and looking for something new, Janet definitely finds it when her friend Jon invites her to join an exclusive club of kinksters whose initiation is to be the host—and the entertainment.

So begins Janet’s odyssey into a kinky suburban underground she never dreamed existed: caterers who were once dominatrices; real estate agents and lawyers by day who make twisted, sexy art by night; a stunning but sadistic insurance analyst who owns an entire stable of slaves of her own.

Well-trained submissives are in short supply out here in the ‘burbs, and Janet, blue-eyed and eager, has just the potential these people are looking for.

Review: I knew in advance that this book would be unlike what I’m used to reading in BDSM based fiction. I was keen on reading something different, especially in a genre overpopulated with super Doms, billionaires, and virgins with six hundred G spots who climax with minimum foreplay. The story is as realistic as it gets, crushing all the pink fluffy handcuffs illusions, just like it ruins our poor and innocent heroine’s spanking, bodice ripper dreams born after reading too much erotica. I knew there would be darker scenes that would be uncomfortable to read and even challenge my idea of what is eroticism all about.

The fact that it was inspired by The Story of O bothered me a little however, I decided to give it a try and I don’t regret the decision. While The Story of O is a classic erotica that inspired many contemporary writers I could never really get into it and felt a huge distance between myself and the characters.

I had no such problem with Blue. I was invested in the emotional and sexual journey of both Janet and Ken, the two main narrators the story revolves around. I was experiencing their joy, pain, illusions, self-discoveries, especially their mistakes. Many times while flipping through the pages on my reader I found myself screaming mentally ‘No, what the hell are you doing, are you insane?’ but I kept on reading, hungrily waiting for the next encounter, next stage of the journey and the inevitable next mess up.

That is another thing that surprised me about the book. I never expected it to be so funny, even at its cringe worthy moments. The dialogue was witty, even the most embarrassing situations our heroine was putting herself into were somehow endearing.

I was happy that the author has decided to make her central character a woman in her early thirties, with a failed marriage, the kind who has heard of BDSM rather than the starry-eyed innocent virgin. That is not to say that Janet was the peak of maturity. At times her behavior struck me as that of an insecure teenager, desperate to please and find her place among the popular kids. On the other hand, it was difficult to blame her given she was thrown in at the deep end of the pool by a group of complete narcissists with very little preparation. At times the group of ‘cruel mother*******’ made me seriously angry for expecting Janet to be able to perform brain surgery after being given a few vague articles on medicine. However, that also made it so fun as we watched Janet grow from the bodice ripper aficionado into someone aware of her own inclinations and grows fully comfortable with her position and role.

While Janet was still in a process of self-discovery poor Ken knew exactly what he wanted, he followed the Rules and was fully dedicated to the service of his Mistress. My heart was breaking for him most of the time and I was constantly debating with myself if he was weak or strong for putting up with her, for suffering beautifully through his punishment and not leaving until the breaking point. That leads me to the most controversial character of the whole bunch. Yes, Carolyn. There were many hints in the book that in spite of being a naturally narcissistic, self-obsessed person she had another side to herself. Just when I have given up on the hope I’d stop hating her so passionately the story completely turned the tables on me and left me unsure of what the hell just happened.

That is another thing you should be prepared for if you choose to read the book. Nothing is what it seems in LN Bey’s suburban world of hidden kink. Prepare to have your expectations completely turned around. As a matter of fact, just drop your expectations at the door of your hostess just like your shoes and go along for the ride.

I immensely enjoyed LN Bey’s debut novel and hope to see more of her future writing. I recommend it to everyone who isn’t afraid of truly dirty erotica with intriguing characters, great development and a lot of humor mixed with the darkness. 5 Filthy Stars! 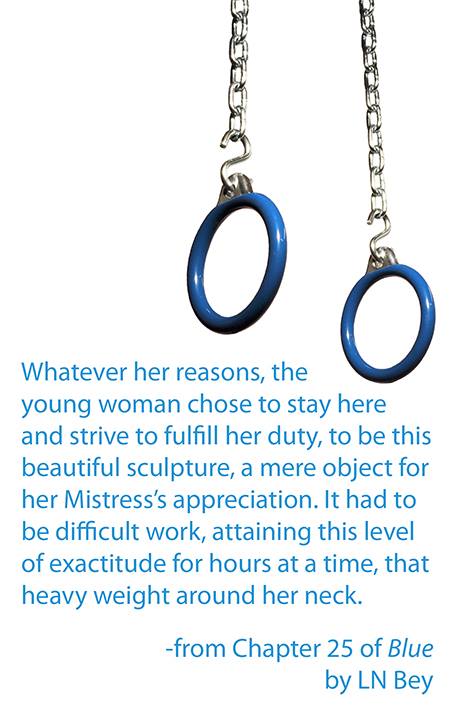